IT has been stated that Islam, and some of the rituals in the decades of the 1800s through the 1900s in Tanjong  were visibly imbued with Sufistic influences and ideas. To be sure, this is not peculiar to Pulau Pinang.  The work of the Sufis were found, and manifested in both the abstract and the concrete throughout the Malay Archipelago.  Sufi traces were found in court texts, the hikayats, songs, fables and poetry. Just observe Malay cultural and religious activities, and in the conduct of feasts and festivities.  Enter a traditional mosque, or a Malay house, one finds its presence.  They shape Malay arts, architecture, journalism.

The Sufis have put the arts to good use to subtly introduce Islam to the Malays. The wayang kulit (shadow puppet play), dikir barat (lyrical verse debate) and gamelan music so popular in the Archipelago prior to the advent of Islam were the media most effectively utilized.  That was the media then (and now).

Khairudin Aljuneid in Islam in Malaysia: An Entwined History (2019), suggests that the Wali Songo (Nine Saints of Java) were perhaps the earliest to use the wayang kulit as missionizing tools, and their disciplines continued the practice to using other performances and musical ensembles. The Wali  Songo and their followers believed that tales are effective messages that “can seep in slowly and surely.” They were proven successful. The medium of wayang kulit appeared in Islamized versions and  mushroomed outside Java.

As for Dikir Barat, the lyrical art was originally performed during times of harvest during the Hindu-Buddhist period.  The art form was capitalized by populist Sufis, and other missionaries. Its substance transformed, its form maintained. Hence Islamic values and beliefs are transmitted without society feeling challenged in the old habits and practices. In Kelantan, Terengganu, Kedah and the rest of the northern Malay Peninsula (through what is now southern Thailand), Islam flourished partly due to the arts and aesthetics.  This was because the locals can easily identity with the form manifested.

In using the performing arts as media, the Sufis utilized on the fuzzy borders and fluid sense of territory among the Malay kingdoms to expand the reach of their message between the domains.  Khairudin sees that their adroit mobility, traveling alongside traders and wayfarers, enabled the creation of multiple bases of missionary work in the Archipelago.  Their contents and contexts were entwined between the global and the local, between the state and society, between the scholarly and the popular, and between Muslims and non-Muslims.

Khairudin’s work identifies three branches of Sufism operating in the region from the 11th century onwards. One was described earlier as Populist. Each appeal to different Malay audiences, and at times, coming into conflict with one another. And their identity and methods are not mutually exclusive,

The second branch was metaphysical in nature. The scholar and historian Hamka termed this a Tasauf Filsofis (philosophical Sufism).  This branch uses prose, poetry and treatises to convey the esoterics and mystical ideas emanating from the Indo-Iranian world. These resonated such figures like Mansur Al-Hallaj (858-922), and Abdul Karim Al-Jili (1366-1424). And the most prominent among the philosophical Sufis in the Malay world was Hamzah Fansuri (? – 1590). He was the first to textualize thoughts such as the notion of Wahdatul Wujud, connoting the unity between God and humankind. Hamzah was the progenitor of the Malay syair (rhythmic four-line stanzas), earning him the status of the “First Malay Poet.”

The philosophical Sufis, including Hamzah’s loyal student, Syamsuddin Al-Sumatrani, developed followers in the Malay community. Their influence has to do with the beauty of words, metaphors and allegories used in their writings, easily understood by the locals. Hamzah used the examples of sailing ships and boats (the perahu), and of women coloring and weaving cloth to gain attention to the presence of Allah. His fine use of the rhythmic prose, appealing to the maritime Malay world, reads as follows:-

So as to become the Sublime Ocean

When the win dies down, the waves disappear

You return to the sea of the Living One, the Eternal,

The great Sea is shoreless

Majesty and Beauty are everywhere

Do not plunge into it on the left

Know perfectly how to conduct yourself

The third branch is termed as the Scholastic Sufis.  This was represented by Nuruddin Al-Raniri (?-1658). Born in Gujerat of Hadhrami Arab origins, it was Al-Raniri who issued a fatwa (edict) leading to the ban and burning of Hamzah’s works. Many like Al-Raniri, from  Iran, India and the Arab world, were polymaths. According to Mohamad Zainiy Othman, formerly of the International Institute of Islam Thought and Civilization, Al-Raniri’s scholarship was prodigious. He who had transliterated and studied Al-Raniri’s work on fundamental aspects of Sufi doctrines (2011), notes that Al-Raniri’s thoughts covered the areas of universal history, statecraft, theology, ethics, jurisprudence, and Islamic mysticism. These earned him the reputation of being the most original thinker among the scholastic Sufis of the 17th century. They revolutionized the Malay world view, moving away from mythology and superstition to the world of reason, rationality and order.

Syed Muhammad Naquib al-Attas in his various writings (for example 1969, 1970) implies this shift as the beginnings of modernity in the Malay worldview. Networks were formed, thus proliferating the narrative. These flowed into mosques, suraus and pondoks (village boarding schools), and would later be seen through writings on the project of tajdid and islah (renewing and reforming) of the teachings and practice of Islam. Early Malay newspapers and periodicals, especially in the first 40 years of the last century were agents of Muslim reform.

Contrary to popular belief, the Sufis use media, and are present in the social, intellectual, and religious landscapes of the community. They are involved in direct communication with society. 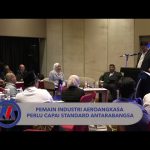 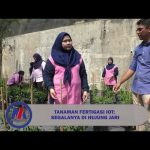 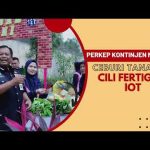 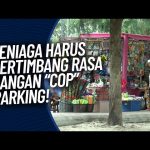