IN March 2014, I presented a paper titled “Early European/Pakeha Discourses on Melayu-Polynesian Identity”. It was at Waitangi, at the Bay of Islands, some 230 kilometres north of Auckland. Waitangi in the Maori language means ‘weeping waters.’  Waitangi is best known for the location where the Treaty of Waitangi was signed in 6 February of 1840, five years after the Declaration of Independence of New Zealand.

The Treaty brought contested positions between Maori and Pakeha – their European Other.  To the Maori, 6 February is a cry for their independence.

The conference themed “Strengthening Cultural, Education, Trade and Tourism Networks among the Melayu-Polynesian Ancestral Nations” strongly signified a counter-narrative to mainstream Eurocentric view of the world, and of New Zealand. Upon arriving from Auckland, I realized that I would be among the Maori over the next few days, mired in their mood of resisting their Other. There was a predominant manifestation of reasserting and re-establishing indigenous and endogenous views of the world and oneself from the discussions and papers that ensued.

It evoked Kupe, who according to the Maori, was the earliest explorer who discovered Aotearoa (the Maori name for New Zealand) in the 10th century. Later, a participant from Manahiki, an island  in the Cook Islands (named after James Cook)  fairly located in the middle of the Pacific Ocean, whose inhabitants are a close kin of the Maori, suggested dropping the name “Cook” to the group of islands. Kupe was there first.

In my paper, I articulated that for us to know ourselves, and identity our origins, we also have to know how we were constructed by Others over the centuries.  This brings to the name we call ourselves and our labels on others. It has been argued that Maori and Pakeha came into existence solely in relation to one another. The descendants of Polynesian migrants who first settled in Aotearoa had no collective term to describe themselves, since they had nothing to define themselves in relation to, no awareness of any others.

Then came the Europeans. The Pakeha emerged. Vincent O’Malley in his book The Meeting Place: Maori and Pakeha Encounters, 1642-1840 (2012) explains that the term originally meant ‘white pig,’ ‘bugger you!’ or ‘flea’. These labels were not accepted by the non-Maori White settlers.  The etymology remains unclear, though it most likely derived from pakepakeha, a reference to fair-skinned ‘supernatural beings’ similar to what the Maori call patupaiarehe, or pakehakeha, the gods of the deep sea.

O’Malley notes that the first recorded use of the term ‘Packaha’ – referring to a ‘white man’ was in 1817. The flea was also called by that name, as it has been asserted to have been introduced into New Zealand by the Europeans. The turnip is likewise call packaha from its whiteness.  The term was listed in the 1820 publication Grammar and Vocubulary to describe a ‘European; a white man.’.  It was also spelt as ‘Pakiah.’

When conversing or interacting with Maori, Europeans freely described themselves as  ‘Pakeha.’ But it took some two centuries from the time of the arrival of Cook for at least a minority of non-Maori New Zealanders to embrace the term as providing some kind of collective cultural identity. Many fiercely resist its adoption.  Prior to 1840, Europeans initially became Pakeha slowly in reference to Maori, who in turn discovered their Maoriness only in relation to the newcomers and the different cultural mores they brought with them. That was the ‘new’ identity’.

O’Malley argues that without Maori, there would be no Pakeha. Without Pakeha, there would be no Maori. One had no meaning without the other, no reason for being.  But Linda Tuhiwai Smith (1999) holds no reservations for the Pakeha. In Decolonizing Methodologies; Research and Indigenous Peoples, the Maori educationist calls for the rewriting and rerighting of “our position in history.”  Being Maori, “we see outside of ourselves.”

For the duration that I was in Waitangi and Auckland attending the Conference, I sensed a heightened consciousness in their ethnic expression and identity. There was also the presence of a trans-national  relations beyond Aotearoa.

The Maori, 600,000 of them, forming 15% of New Zealand’s population, are part of the Malay world stretching from Madagascar to Rapanui (Easter islands) and from Hawaii to Aotearoa. They belong to the Austronesian/Melayu-Polynesian linguistic group with some 371 million souls. The Maori  is  part of this huge market – economic and cultural – the unexplored solidarity of the whenua, potentially engaging in a different set of rules with the Pakeha. 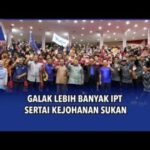 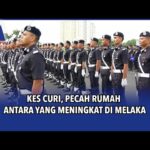 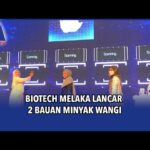 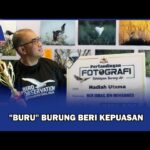 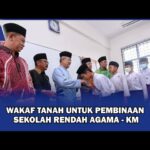