FILIPINO historian Leonard Y. Andaya called it the “Sea of Malayu.”  The first reference to this space, is from an Arabic document dated circa 1000. It noted that travellers “reaching the Sea of Malayu, were approaching the area of China.” Melakan chronicler Eredia, writing in 1613, also used the phrase “Sea of Malayu” – enclosed by Ujontana (Malay Peninsula) and the Golden Chersonese (Sumatra).

Eredia privileges land over water. He believed that the “Sea of Malayu” referred simply as the Straits of Melaka. But for the Malays shaped by their orientation to the sea, and the riverine environment, stretches of land were not seen as barriers. It fortunately could be breached. As argued before, the Malays see rivers, streams, straits, the seas and the oceans as connecting waterways; not barriers and boundaries.

Within that space of the “Sea of Malayu,” ethnicities, identities, cultures and languages were forged.  The “Malay sea”  is a far larger unity than that proposed by Eredia. Andaya commented that the general reference to the “Sea of Malayu” approaching the area of China represented an extensive network  viewed as one sea stretching from India to Vietnam.

In his 2008 book, Leaves of the Same Tree: Trade and Ethnicity in the Straits of Melaka, he called the sea “Malayu” after the Malays whom he described as “most prominently associated with this particular body of water.” He proposed the “Sea of Malayu” to mean a community of settlements conjoined through extensive through extensive and intensive economic and cultural interactions.

From the late seventh century, the Malays would have played a role in such a network. There existed a continuous “sea” linking southern India and Sri Lanka to the Bay of Bengal, Sumatra, the Straits of Melaka, the Malay Peninsula, the Gulf of Siam, the South China Sea, the Lower Mekong and Central Vietnam.  The Straits of Melaka was the pivotal point in the network of the “Sea of Malayu” communities.  The “beginning” and “end” of the seasonal monsoon winds regulated patterns of movements.

Andaya, Professor of Southeast Asian History at the University of Hawai’i noted that the most prominent site on the west coast of the Isthmus of Kra was in South Kedah, known to the Chinese in the seventh and eight centuries as “Jiecha.” Kedah was an ideal midway point for traders and pilgrims, whose ultimate destinations were India or China and beyond.

References in Tamil to Kadaram, or Kidaram, and in Sanskrit to Kataha, refer to South Kedah.   The Arabs refer the site as Kalah “located  at a place where ships docked to await the shift of monsoon winds”  There was no agreement whether Kalah refers to a town, an island, a kingdom or a region.  Kalah may refer to a number of settlements over the centuries serving the same function.

Of the numerous historical sites in south central Kedah, all were located beside rivers, or near the coast, and hence ideally placed for trade. The centers at Kampong Sungai Mas and Pengkalan Bujang later depended upon river access to reach the coast. Andaya explained that the shifting rivers and coastlines on both the east and west coasts of the Isthmus of Kra and Malay Peninsula forced the major centers to relocate at various times in their history, accounting for the various names and locations.

The Kedah ports produced large number of artifacts. In the Merbok estuary, the port of Pengkalan Bujang traded in Chinese ceramics from the southern Song and Yuan periods. There was also Middle Eastern glassware. The site was a major redistribution center for Southeast Asian pottery, beads, forest products and  minerals.

In 878 CE, Canton (Guangzhou) was sacked by Chinese rebels. Direct contact between Canton and the Arab, Indo-Persian world ceased. This made the Chinese and Arab traders met at Kalah to exchange goods.  In the ninth century, Arab trade in the Indian Ocean reached a peak. It was a boon to the isthmian and peninsular ports.

Andaya noted that the new Arab sailing patterns would have contributed to the rise of Kampung Sungai Mas as a major ninth-century port in south Kedah. With the gradual silting of the Sungai Muda, Kampung Sungai Mas was replaced by Kampung Pengkalan Bujang. Pengkalan Bujang flourished from approximately the end of the eleventh to the beginning of the fourteenth century. Then a new channel from Sungai Muda flowed to the Straits of Melaka, enabling Kampung Sirih to become a thriving port. But it too was soon overshadowed by other peninsular harbours.

Andaya emphasized that that the continuity of ports of south Kedah reinforces the idea  that the location continued as an important  stopping-off point in the trade trajectory from the Red Sea and the Persian Gulf to China.  Both South Kedah ports and Sriwijaya offered similar advantages to traders and other travellers – with one on the northern and the other the southern entrance to the Straits of Melaka. South Kedah had a longer tradition, and was better known.

Significantly, on both shores at the northern end of the Straits of Melaka and on the coastline at the Bay of Bandon lived the core of communities of the Sea of Malayu. It was a midway point. The space provided Southeast Asian products to the known world then.  From the Isthmus of Kra and the Malay Peninsula, traders proceeded eastward to the Lower Mekong and central Vietnam – the eastern edge of the Lautan Melayu – before finally entering China. 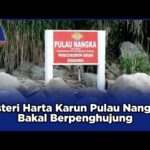 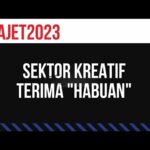 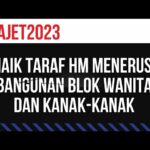 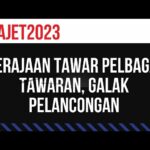 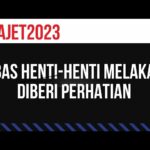