HAJI Mohammad Salleh would never have imagined it when he was stranded at Kuala Perai in 1786.  He was on his way back to Brunei from Makkah.  The Pulau Pinang Brunei narrative popularized him as Haji Brunei. He has become an essential factor in the formation of Malay society on the island. The early presence of Haji Mohammad Salleh has attracted successive waves of the Brunei perantaus.

My initial exposure to the Pulau Pinang-Brunei link was through the story of Nakhoda Ragam (The Singing Captain), believed to be Sultan Bolkiah (1458-1524). It was said that Nakhoda Ragam would skipper his vessel, sailing back and forth from Brunei (Borneo) to Pulau Pinang bringing with him an ensemble of musicians. But the story of families and descendants from Brunei have been told to me  by my late father over the years. He moved to another world on 12 June of 2019.  Both my parents are great narrators,  and not only of Tanjong stories. My mother continues that precious tradition.

My father, Mohd. Noor Merican, was fond of the Brunei story. One was the visits by the Sultan of Brunei to Tanjong in the 1950s. He would relate that the Brunei Sultan then, Omar Ali Saifuddien III (1950 – 1967), the father of the present monarch, would visit his relatives on the island.  My father would mention Kampung Makam (along Dato’ Keramat Road),  Kampung Dodol (along Perak Road), Jelutong and Bayan Lepas.  One name that always appeared in his stories was Haji Shaukat. He was said to be privy of family records and genealogies on Brunei families in Pulau Pinang.

Haji Shaukat’s mother was Tok Yah/Tok Nah who was from Kampong Pokok Asam, Jelutong. His step father, called Wak Bapa by his descendants, was one of the sons of Pengiran Shahabuddin, or Tok Haji Shahabuddin Brunei.

About two decades ago, the confusion was cleared on the name of Haji Mohammad Salleh with Universiti Sains Malaysia (USM) historian Professor Mahani Musa. There was many ‘Mohammad Sallehs’ in Pulau Pinang early history.  One was Haji Mohammad Salleh (Nakhoda nan Intan) from Minangkabau who settled and built the Batu Uban Mosque in early 1730s.  The other was the stranded Haji Brunei  at Kuala Perai more than 50 years later.

Haji Brunei pioneered Jelutong on the island, with Nakhoda Kechil, or Ismail sometime between the late 1780s through the 1790s.  Between 1797 and 1798, Haji Brunei, together with his brother-in-law, Long Syed worked on the land and opened up Bayan Lepas. I was later told that Haji Brunei’s wife was Kalthom Raden Yahya (Raden Pekerma/Kesuma Wijaya).  It was related by a descendant Ghazali Abdul Ghani, that Permatang Tok Jaya, in Sungai Dua, Seberang Perai, was named after her. Haji Brunei Passed away in 1837.

The area established by Haji Brunei attracted many Brunei perantaus. Among them was a family led by Pangeran Jaafar. Historian Prof. Mahani Musa of Universiti Sains Malaysia (USM) who had earlier met with his descendants said that Pangeran Jaafar, together with five siblings, Hajah Halimah, Haji Abdul Daim, Haji Muhammad, Khadijah and Salamah sailed from Brunei together, but split up and went their separate ways. Some went to Perlis, while others headed for Perak. Mahani was handed the genealogy of Pangeran Jaafar during her interview in June of 2003.

Mahani in Early History of Penang’s chapter titled “Early History: Penang before 1786” (2012) cited a syair from Brunei which mentions the names of Pangeran Jaafar and Ahmad (Muhammad). The syair was published in the Shaer Yang Di Pertuan (Sultan Mohammad Jamalulul Alam) in 1979. Pangeran Jaafar’s move to Pulau Pinang was due to a disagreement over the election of a new pemancha in Brunei. The Silsilah Raja-Raja Brunei stated that the Pemancha  was a dignitary in the Brunei Sultanate who was next in rank after the Pangeran Bendahara and Pangeran  DiGadong. It was said that the Pemancha was responsible for council Affairs. When Sultan Omar Ali Saifuddin II (1828-1852) died, he willed Abdul Mumin, his son-in-law to succeed him as Sultan Abdul Mumin (1852-1885). He did not pick either of his sons, with the name of Hashim or Mohammad Salleh, to succeed him.

Mohammad Salleh, his son,  was instead appointed Pemancha. After Mohamad Salleh’s death in 1870, his son was not chosen to succeed him either. Instead it went to his son-in-law, Jaafar, Mohammad Salleh’s son was unhappy.  He left Brunei to start a new life, which was believed to be Bayan Lepas in Pulau Pinang. This was told by Pehin Dato’ Seri Utama Dr. Haji Awang Mohd. Jamil al-Sufri on 18 August 2003 at a public lecture in USM.  He was then the Director of the Brunei Historical Center holding the position from 1982 up to his demise at 99 years old in May this year.

Bayan Lepas had attracted members of the Brunei royalty and perantaus. They have knowledge of the presence of their countrymen.  According to my informant, Rizol Md. Ariff, there are presently three influential families of Brunei descendants in Bayan Lepas, namely that of Tok Haji Mohammad; Tok Brunei and Hassan Kwangtung.  They would be linked to any one or a combination of the families. Rizol, a sixth generation descendant is the eldest son of Md. Ariff who comes from the line of Pengiran Shahabuddin.

The Pengiran landed himself on Pulau Pinang around 1820s, together with two sons, several daughters, and seven sisters. Palace disputes made him left Brunei.  On the way to Pulau Pinang, they stopped over at Java. Rizol related of the first time hearing about Pengiran Shahabuddin. It was from his grand aunt (Tok Cik). Her name was Embun, as in the film Embun directed by Erma Fatima. 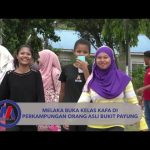 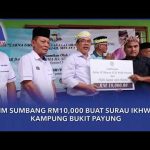 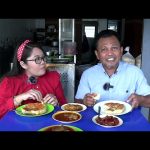 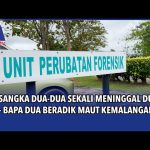