Not many have studied on the earliest Malay biography ever written. I found a copy of the first publication of  Hikayat Nakhoda Muda at the library of the Perak Museum, Taiping, some two decades ago.  It was translated into English by William Marsden, a scholar of Malay during his posting at Bengkulu(Bangkahulu/Bencoolen), and published in 1830. Marsden was famous for his work A History of Sumatera (1811). The biography, also termed as a “self-narrative” was written by Nakhoda La’uddin in 1788, or perhaps earlier in 1766.  It was written  in Lais (or Laye), South Sumatra, just north of  Bengkulu.

The manuscript  Hikayat Nakhoda Muda was sent to England in 1791 and kept in the Marsden Collection, catalogued as SOAS MS 40323, School of Oriental and African Studies, London. The Marsden publication is titled Memoirs of a Malayan Family, written by themselves, translated from the original. Subsequently, Dutch scholar G.J. Drewes transcribed Hikayat Nakhoda Muda under the titled De Biografie van een Minangkabausen Peperhandelaar in de Lampongs (1961)

In the biography, La’uddin portrayed his father Nakhoda Muda. Among the many Malay texts engaged by Abdullah Munshi, he regarded the  Hikayat Nakhoda Muda as a “manikam” (a gem). The Hikayat Abdullah was inspired by the “new writing”, the first Malay biography.  One of those who have delved into La’uddin’s biography is Hadijah Rahmat of the National  Institute of Education, Nanyang Technological University, Singapore. Hadijah, who had studied the Hikayat for her doctorate between 1992 and 1995, critically examines notions and concepts of authorship and consciousness, and themes likes power, loyalty, honesty and integrity. This is found in her compendium titled Abdullah bin Abdul Kadir Munshi: His Voyages, Legacies and Modernity (2021).  This essay is based on her study of the Hikayat.

The protagonist is Nakhoda Muda, the father of La’uddin, the biographer. He wrote the work at the request of Mr. Butter Hunnings, who was an English Agent or Resident in Lais during the period.  Hikayat Nakhoda Muda chronicles the fortunes of three generations of a Minangkabau family of traders who merantau from Sumatra to Kalimantan, and then settled in Lampong, Sumatra.  The generations are Nakhoda La’udin bin Tayan (Nakhoda Muda) bin Nakhoda Mungkuta. The narrative falls between the years of 1756 and 1766.

HIkayat Nakhoda Muda displays the author as an independent subject within a feudal setting. It was about a pepper trader, born into a family where trading and travelling were traditions.  He received education, proper training and guidance from his experienced father. Nakhoda Muda was a well-respected leader, loved by his community.  He was recognized by the Sultan and the Dutch Company. Portrayed as loyal and dedicated, it is also significant that his son La’uddin painted him as a man of principle and integrity who valued his personal rights.

In the narrative, we find Nakhoda Muda emphasizing the value of education, when he sent his two sons, Bantan and La’uddin for education in reading and writing.  Perhaps what is more significant in the story was the request by the Sultan (of Banten) for him to administer Semangka, in particular to report on conflicts and to supervise the pepper plantations there. Once there was a revolt against the Sultan by Ratu Bagus Buang.  Nakhoda Muda was forced to surrender but instead pledged loyalty to the Sultan. He further requested assistance and the Sultan sent him two ships, which forced Ratu Bagus Buang to flee.

In honour of his services to the Sultan and the Company, the Sultan conferred him the title Kiai Demang Purwasedana.  Initially, he rejected it; but was turned down by the Sultan.  This ran counter to traditional narrative where royal titles and requests were usually welcomed and received with a sense of honour and pride. These were never questioned.  Finally, Nakhoda Muda  had to reluctantly accept what the Sultan bestowed.  He expressed his wariness about the title and his feelings of hopelessness.  In Semangka, he was seen as an outsider (orang dagang).

The story of Nakhoda Muda was the story of trust.  He was later disillusioned with the Sultan and the Dutch. He and his family were arrested on unfounded accusations of trading with the English. His family was tricked on board a Dutch naval vessel and thereafter arrested. They suffered cruelties. Later they escaped and killed the Dutch soldiers.  They later left with 400 followers to seek protection from the British in Bengkulu.

From the biography we get a glimpse of the nature of pepper trading in Lampong.  The Malay traders could buy the pepper for seven reals a bara. They then sold it to the Sultan for 12 reals and the Sultan in turn sold it to the Dutch  for 20 reals.  The Sultan would buy whatever quantity of pepper brought to Banten. The traders were not allowed to sell it directly to the Company.  The sentence for such an offence was death.

The Dutch company found it convenient to deal only with the Sultan; hence making the Sultan the biggest intermediary trader in the state.  It was argued that the complicity of local rulers with the colonialists had brought about the disappearance of the native trading class.

The value of the Hikayat Nakhoda Muda is not only in the literary strategy by author La’uddin.  It was also on the manifestation of a modern, rational and cosmopolitan mind of a Malay family in the 1700s – a jewel in modern Malay writing.  National recognition only came in 2018 when Hikayat Nakhoda Muda was finally published in Malaysia by Yayasan Karyawan. 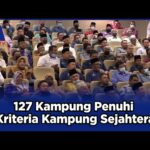 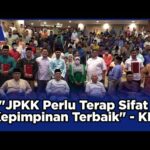 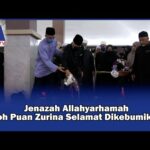 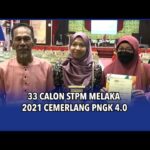 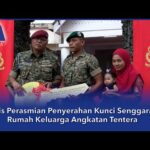